on March 23, 2011
Here is how this works:
Every so often (i.e. whenever I feel like it), I will add a card to a "Trade Stack".  Whenever the stack becomes appealing enough to someone, that person needs to comment on the post saying they'd like to claim the stack AND tell me which card they are sending off of my want list.  That's all you have to do - trade me ONE card (or more, of course) card from my want list for the entire stack of cards that I'm offering.  Each time, it will be first come, first serve...so act quickly (unless of course you are a gambler and hope to wait it out until there are 10+ cards in the stack that you want in exchange for a single 2004 UD Vintage card that I am looking for)!
The Trade Stack:
Last update:  3/23/11


Opening Day of MLB is only a few days away - and right now, every team has plenty of hope.  Heck, even teams like the Pirates and Royals are currently tied for first.  Speaking of the Royals, here's one of my favorite photos from the 2000 Topps Stadium Club set.  According to the back of the card, Beltran fell six hits short of joining a group of only three AL rookies who had 200 hits, 100 runs, and 100 RBIs.  The other three players?  Dale Alexander, Hal Trosky, and some guy named Joe DiMaggio. 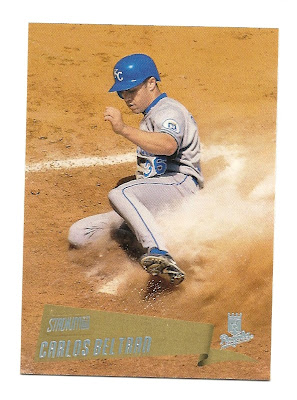 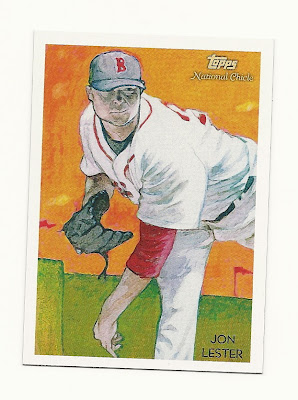 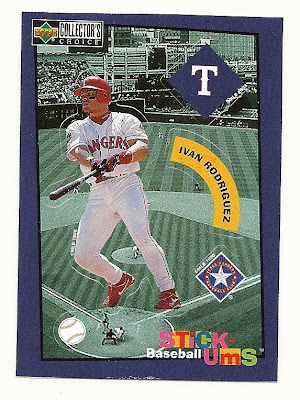