on June 20, 2011
Here is how this works:
Every so often (i.e. whenever I feel like it), I will add a card to a "Trade Stack".  Whenever the stack becomes appealing enough to someone, that person needs to comment on the post saying they'd like to claim the stack AND tell me which card they are sending off of my want list.  That's all you have to do - trade me ONE card (or more, of course) card from my want list for the entire stack of cards that I'm offering.  Each time, it will be first come, first serve...so act quickly (unless of course you are a gambler and hope to wait it out until there are 10+ cards in the stack that you want in exchange for a single 2004 UD Vintage card that I am looking for)!
The Trade Stack:
Last update:  6/20/11


The first card of trade stack 25 came from a recent group break that I was in.  Today's card is from the most recent group break that I hosted!  As you probably know, I changed the format this time around so that each person claimed one team and then the remaining 15 teams were randomed off.  As it turned out, a few of the randomed off teams did quite well (the Phillies got an autographed mini helmet, the Angels got a relic).  My second team, the Royals, didn't fare well at all (though they were better than the Brewers)!  Anyhow, I ended up with one duplicate Royal card, so here it is - at least it is from a set that I'm guessing most people didn't bother to collect! 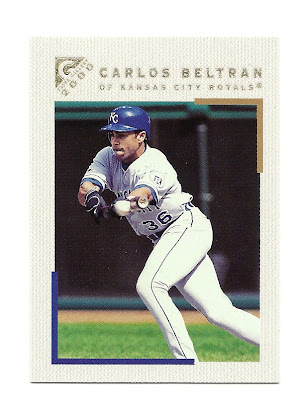 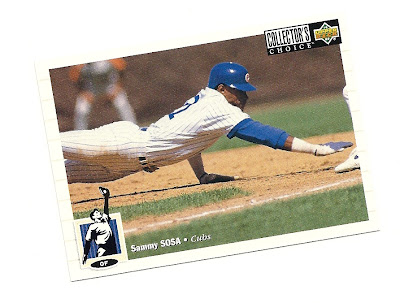