Every so often (i.e. whenever I feel like it), I will add a card to a "Trade Stack".  Whenever the stack becomes appealing enough to someone, that person needs to comment on the post saying they'd like to claim the stack AND tell me which card they are sending off of my want list.  That's all you have to do - trade me ONE card (or more, of course) card from my want list for the entire stack of cards that I'm offering.  Each time, it will be first come, first serve...so act quickly (unless of course you are a gambler and hope to wait it out until there are 10+ cards in the stack that you want in exchange for a single 2004 UD Vintage card that I am looking for)!
The Trade Stack:
Last update:  11/25/11
It's time for another addition to the trade stack - which means the stack is now sitting at ten cards.  It's officially tied for the second largest trade stack in the history the blog feature - and the entire thing can be yours for the low, low "price" of at least one card off my want list.  I'm also tired of the whole World Series theme now that November is almost over - so if this stack isn't claimed on this card, you can expect more variety in terms of teams/subjects starting with card #11.  Thus, all you Rangers and/or Cardinals fans might want to jump in now or else risk losing out on all that good stuff in the stack.  After all, with the latest Rangers card that stack has exactly five cards from each of the two World Series teams.  It's hard to beat that, right?
2008 Upper Deck Baseball Heroes:
12.  Josh Hamilton 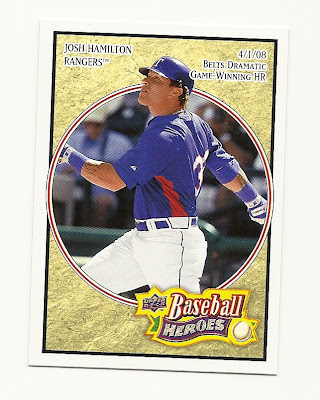 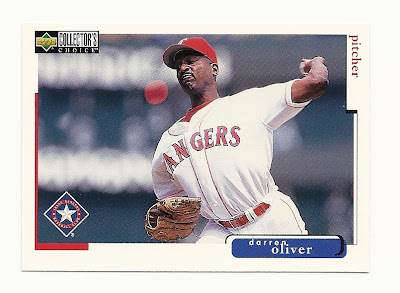 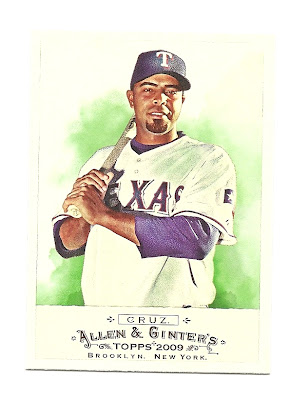 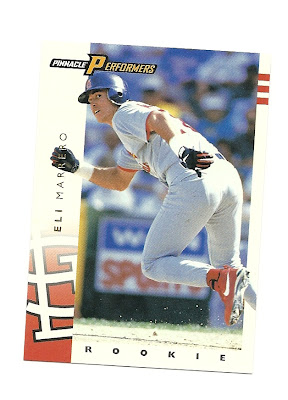 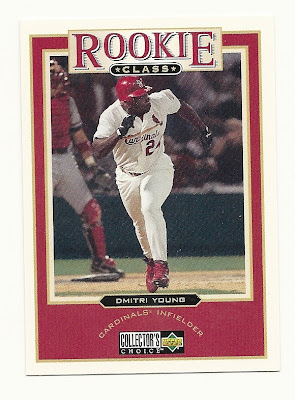 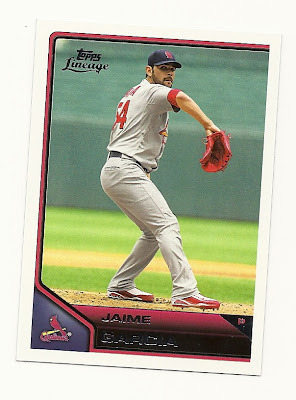 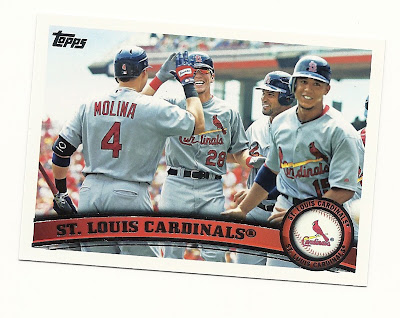 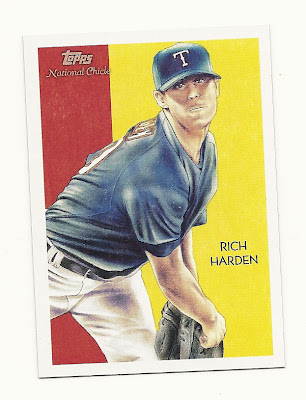 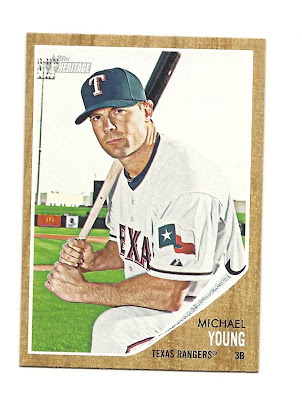 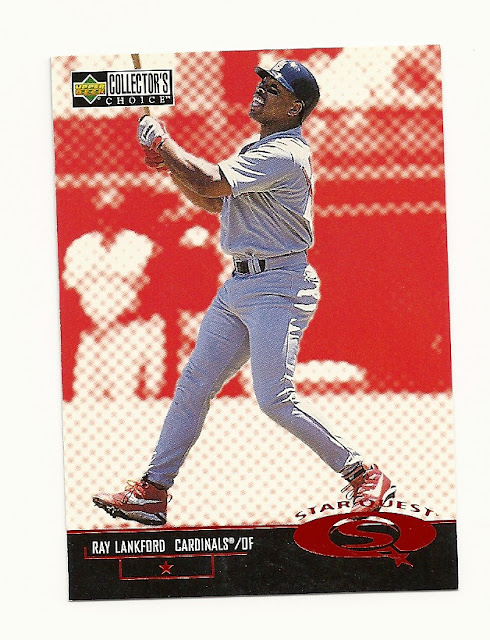